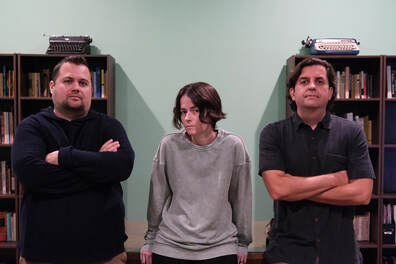 Bandcamp
​Apple Music
SoundCloud
It’s no easy thing to pin down something as mercurial as a memory, as fleeting as a feeling, with nothing more than mere words. To distill a life down to its essence and capture it in song. But to singer/songwriter Alex da Ponte, such an act comes naturally. Alex da Ponte is a poet’s songwriter.
​
With three studio albums to her name, da Ponte has honed her craft, and she’s seen the results. The singer/songwriter has been interviewed on After Ellen, had a music video premiered by Paste, and has performed at Memphis’ biggest musical event, Beale Street Music Festival, where she was named “most impressive local act” by Memphis’ paper of record, The Commercial Appeal, who said of her set, “she turned in an assured set of well-crafted pop songs.”​
Contact
alexdpmusic@gmail.com